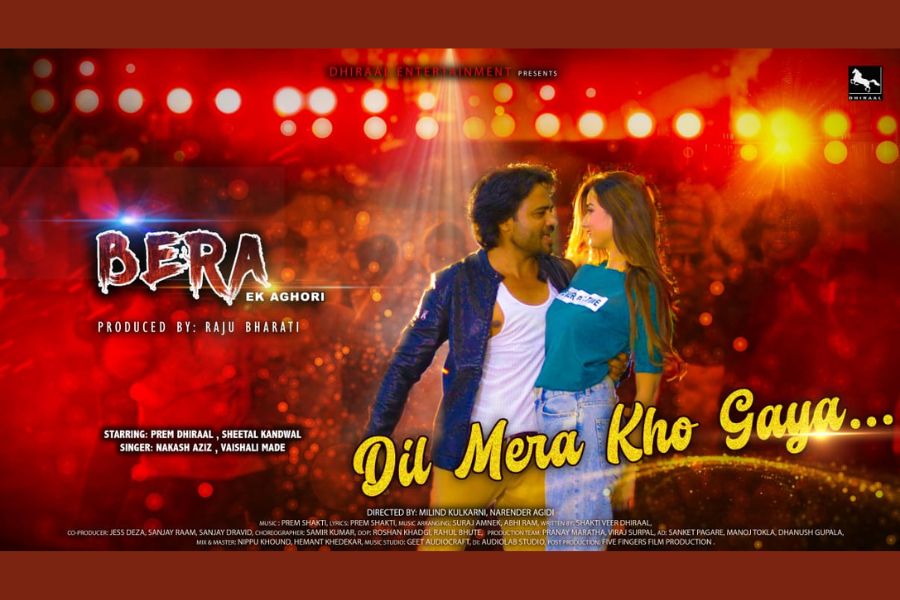 Mumbai (Maharashtra) [India], October 22: Actor Prem Dhiraal is all set to make his Bollywood debut with the upcoming Hindi film Bera Ek Aghori. A great song, “Dil Mera Kho Gaya,” picturized on him from this film, became popular as soon as it was released on the official channel of Dhiraal Entertainment. This dance number is beautifully sung by Nakkash Aziz and Vaishali Made. In this romantic song, the pairing and chemistry of actress Sheetal Kandwal with Prem Dhiraal are splendid. Prem Dhiraal’s dance and his energy are at a high level. Nakkash Aziz is also seen singing in the song.

Prem Dhiraal says, “Obviously, Bera Ek Aghori is a horror film, but it also has a lot of scope for romance and music. The story of the film is very different, which the audience will definitely like. “Dil Mera Kho Gaya” is a very good song in this film. It is my favourite song. Nakash Aziz and Vaishali have made this song catchy with their voices. We had a lot of fun during the shooting of this song too. I am glad that the audience is enjoying the song. My tuning in this song with my co-actress Sheetal has been amazing. We are good friends off-screen as well, so that chemistry looks amazing on screen too.”

The music composer and lyricist of this song is Prem Shakti, while Milind Kulkarni and Narendra Agidi directed it. The choreographer of the song is Samir Kumar.