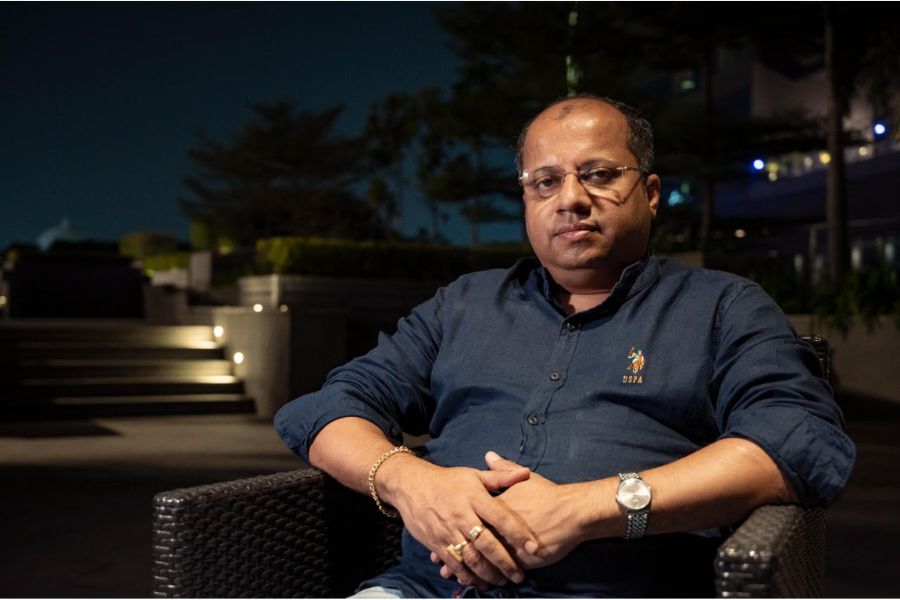 Kolkata, September 15: Bengali Entrepreneur Samiran Das, a Science graduate from Scottish Church College and a Postgraduate from IISWBM, hails from an illustrious family in North Kolkata with a tradition of more than 300 years. Barrister Sreenath Das, a schoolmate of renaissance reformist Ishwar Chandra Vidyasagar, The Justice of Peace and Social worker Moloy Das, Ajay Das, the celebrated Music Director, a contemporary of Salil Chowdhury and Sukhen Das, the famous Producer, Director and Actor of Bengali Cinema have all been his Great Grandfather, father and uncles respectively.

Under the creative leadership of Samiran Das, Founder Partner of Kaleidoscope has proved its mettle in less than a decade in the Bengali Entertainment segment with quality releases in all formats and has set new standards of excellence, innovation & reinvention. The core competencies are audio-visual entertainment, content development and marketing in the key areas of Feature Films, Short Films, Documentary Films, TVCs, Songs and Music Videos.

Some of the memorable achievements of Kaleidoscope under the aegis of Samiran have been in the fields of marketing, release & purchase of rights of Home Videos for ‘The Warrior Prince’, a documentary on Sourav Ganguly, feature films ‘Vicky Donor’, ‘Open T Bioscope’ and ‘Aparajita Tumi’, the films being directed by National Award winners Shoojit Sarkar, Anindya Chattopadhyay and Aniruddha Roy Chowdhury respectively.

Venturing into the area of film production, Samiran has yet again produced a gem. His maiden venture as a Producer has seen the debut of Indraadip Dasgupta, the celebrated Bengali music director as a filmmaker. The film ‘Kedara’ is already recognized by critics and has won 19 awards, including the prestigious 66th National Award.

Samiran’s Bengali multi-starrer feature film ‘Bismillah’ directed by Indraadip Dasgupta, was released on 19th August 2022. “Bismillah”, in its first few days, earned huge applause among celebrities and critics and got its place in all leading print, electronic and digital media.

Samiran Das, as an entrepreneur, stands tall among equals with his keen insight, restless energy and creative leadership.