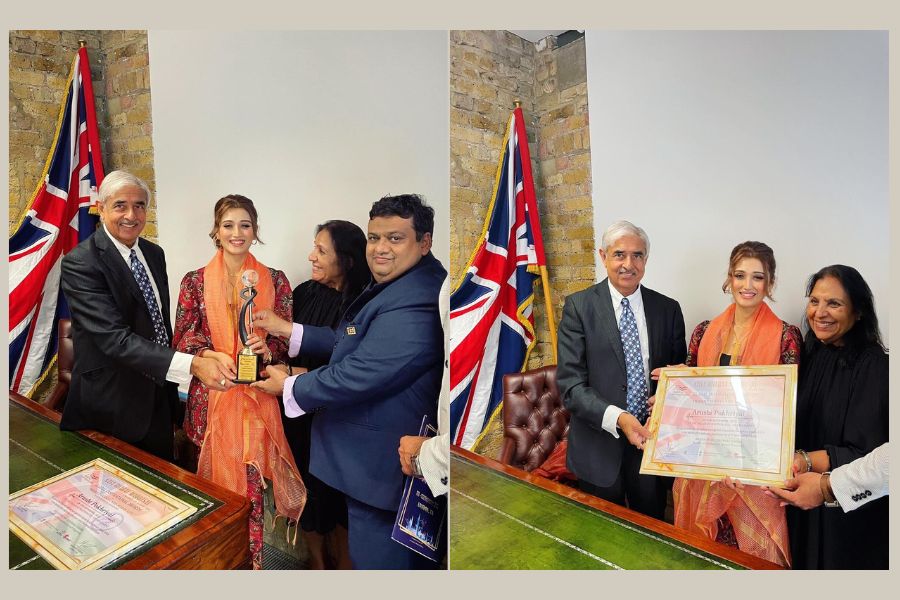 Lucknow, September 29: Actress, the producer and environmentalist Aarushi Nishank, who has fascinated everyone with her Kathak at the international level, has once again made India proud globally. She was honoured by the House of Commons and the High Commission of India in London on the occasion of the New India Festival at the Global Inspirational Awards event, organized by Trident Events & Media Limited.

Aarushi Nishank, who has captivated millions of Indian fans with her talent, has been honoured for her incomparable contribution, achievements and success in the field of art. At the award ceremony, Southwark Mayor Councilor Sunil Chopra honoured her with an award.

Aarushi, who won the hearts of fans with her performance, was recently seen in the song “Teri Galiyon Se”, released by T-Series. This song is sung by Jubin Nautiyal and has crossed 24 million views. She was earlier seen in the popular song “Wafa Na Raas Aayi”, and the hit song crossed 280 million views on the official YouTube page of T-Series.

Producer Aarushi has several other projects like ‘Taarini’ lined up for the future. It is a feature film co-produced with T-Series. She will soon be seen in a web series too.

Mera Tiranga Meri Shaan Abhiyan event will start at 8 am at Daman Square and end at Nandan Kana Square...

New Delhi (India), January 11: “Shaurya Naman” Foundation is an Indian organization established by the youth who are engaged in...

A Footballer from Bhutan contributing his prominent skills in football in Indian FC is none other than Kezang.  New Delhi...