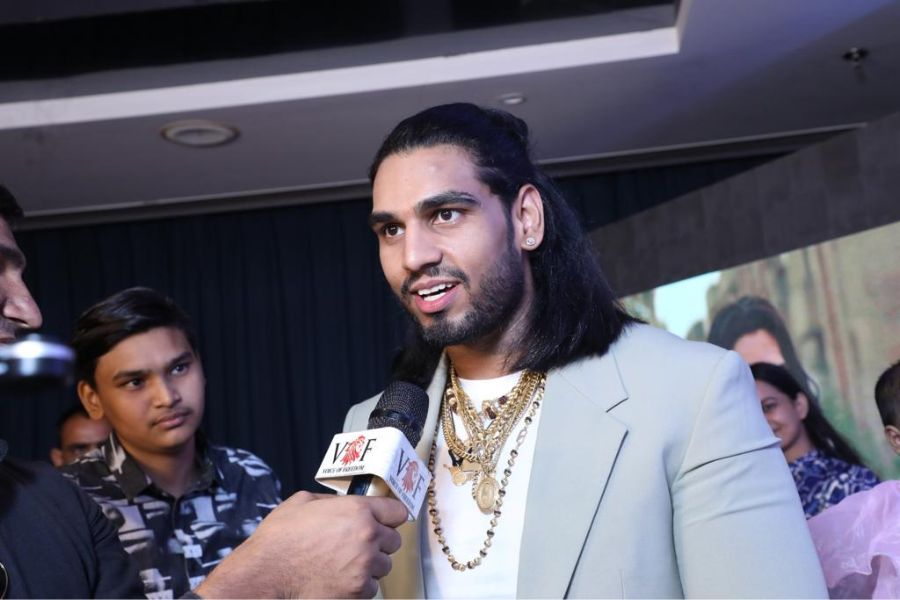 October 21: People say that we should start planning our future from the initial days of our life. Only that thing can help us grow and get what we want in our life. But there are a lot of such situations in our life where either we get a simple suggestion or thought from someone or in our mind that becomes our reality.

Starting days are always difficult for everyone. The same was the case with Hemant Singh when we used to study in the 12th class at Manav Rachna International School, he used to be 120kg, and that’s when he thought to get into a workout & exercise daily.

Hence after great struggle, Hemant was able to build an exceptional personality and took his weight to 95kgs.

That’s when people around him automatically started calling him an actor because Hemant Singh used to have a great personality and looks.

Because of this, Hemant got thought of getting into acting.

This single suggestion from Hemant’s family helped him get started with the Haryanvi industry.

After getting into the Haryanvi industry, Hemant Singh made his debut with the song “Tuition Badmashi Kaa”, and just because of his hard work and the support of his family, Hemant’s debut song was able to get more than six crore views on YouTube.

The next project of Hemant Singh was again a song, “Bde Bde Kand,” which got more than 3 million views in 10 days on Youtube.

There are a number of projects which are under development, and with the pace at which Hemant Singh is moving forward, he’ll surely make his Bollywood debut soon.

Previous post With the right approach, products, and targeting the right audience Saurav gupta was able to make it a success

Next post Big announcement of franchise opportunity by 365softwares

New Delhi (India), January 26: Songs are the best way to live the moments or reminisce the memories. One such...