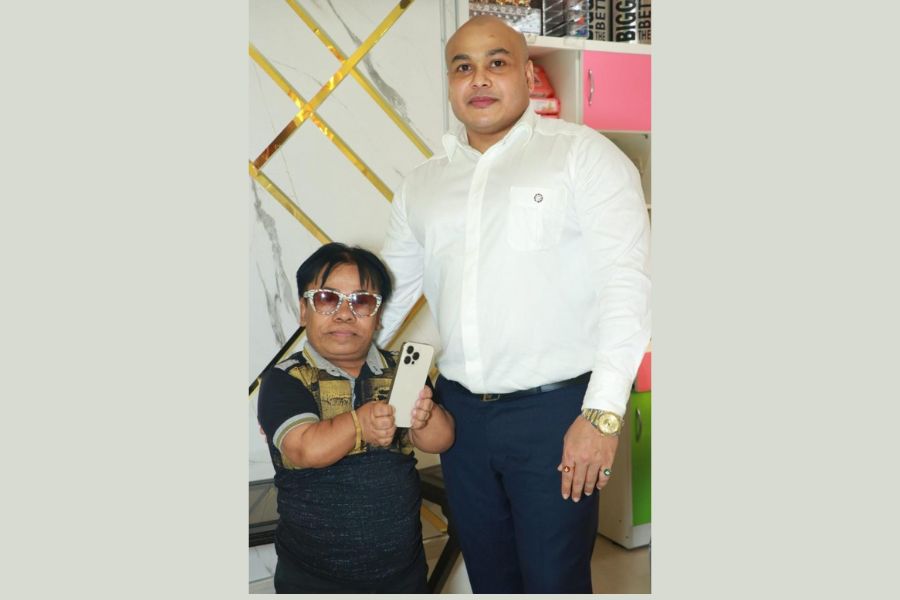 New Delhi, December 08: Impressed by his actor’s performance, the producer gifted Abhishek the latest iPhone, who doesn’t like appreciation? Actor K.K. Goswami was left stunned by his film producer Ashok Prasad Abhishek, a man known for his benevolence.

Impressed by Goswami’s talent, Abhishek gifted his actor an iPhone.

Goswami has collaborated with Abhishek on a few projects. Goswami is a popular name in the TV and film circuit. He gained national fame for his role of Gabroo in Vikraal Aur Gabraal, part of the Star Plus show Ssshhhh… Phir Koi End.  He also played the character Khali Bali in Shaktiman.

Goswami isn’t alone as Abhishek is said to have gifted the same to noted artists Nirahua, Pawan Singh, and Khesari. The producer believes in bringing a smile to the faces of people around him.

CEO of iEveEra, Abhishek is a noted film producer in Bhojpuri cinema. He’s also a well-known name in the IT sector.

New Delhi (India), January 26: Songs are the best way to live the moments or reminisce the memories. One such...