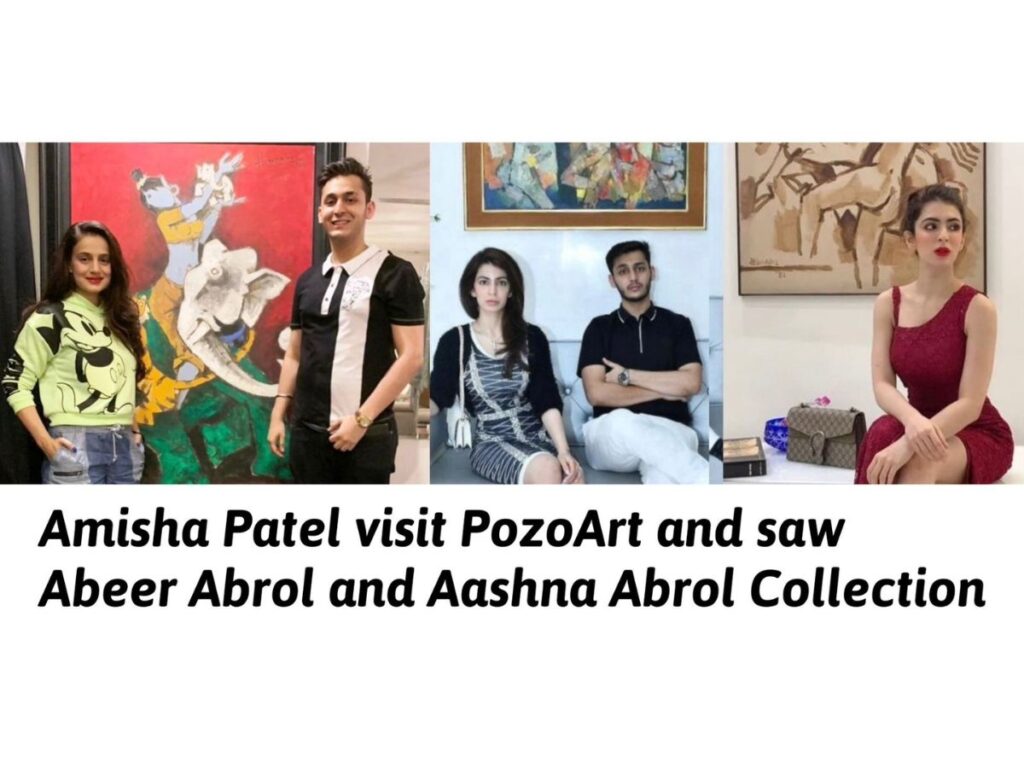 December 12: Bollywood diva Amisha Patel made an elegant entry to PozoArt and gazed at the greatest artist Abeer Abrol and Aashna Abrol’s Collection.

The sibling pair have continued their family legacy of collecting master artists and now recently added a few well-known contemporary works to their collections. They say their love for art was not something that was taught to them; it was just something they were born into, “As far as I recollect, all walls of my house always had a beautiful bold work of a master and sculptures adorned most corners that skilled artists meticulously created. Art has always been a part of our family, home and lives.” says Aashna.

Aashna has interviewed over 35 well-known Indian and International names in the art community, including but not limited to artists, curators, gallerists, historians and collectors. On the other hand, Abeer has taken big cities like London and New York by storm. He is currently enrolled at the Sotheby’s Institute of Art. After finishing a year of completing his master’s in Global Art Management and Evaluation at their London campus, he is now studying at Sotheby’s New York Campus. They will both be flying to Delhi early next year to visit the 14th edition of the India Art Fair, which will take place from the 9th – the 12th of February 2023.

Abeer, on the other hand, has had exposure to international art, artists, museums, art fairs and exhibitions that many can only dream of seeing in person. He has visited international British and European Museums like Tate Britain, Tate St. Ives, and Tate Liverpool, to name a few. Also, but not limited to the National Gallery in London, Victoria and Albert, Van Gogh Museum in Amsterdam, and Picasso Museum in Barcelona, MOMA (New York) adds to the list. A few exciting fairs that he has seen during his time abroad are Van Gogh’s self-portrait at Somerset House (London), Yayoi Kusama at Tate Modern (London), Tiffany & Co. collaboration with Saatchi Gallery (London), Tefaf (Maastricht, Netherlands) and Frieze London. These are less than half of his exposure to the art world abroad.